The first trip for „Baltic Sea – hidden cargo“ takes me to Northern Germany in the Lübecker Bucht and the Kieler and Flensburger Förde.

All the imagery will be influenced from the type of camera I have chosen. I have worked with many different models so far. I try to imagine how the pictures of the Baltic Sea would look. They would be quiet, perhaps sublime and timeless. The camera would be steady like a rock and will never move. It is not only about resolution but it is about the way to the goal. So I decide to take portraits of the sea with a classic analog view camera.

The heavy 4×5“ camera inspires me. The bulky system slows my photography down. My sight is on the subject and I can regard it. Releasing the shutter is a minor matter.

The Sinar P 4×5“ is not famous for being a field camera but I like its versatility and reliability. In the next two years I will visit 30 to 40 places where I will take pictures.

It has been a warm summer day when I was waiting for sunset at the Flensburger Förde in the south of the Little Belt. My camera points to the east where the color of the horizon changes every minute.

It´s 21. June so it is the longest day of this year. After sunset at 10:30 p.m. I stay another 2 hours at the beach and take pictures of the horizon which transformed into kind of a fog. Later it appeared again with a stronger shape. 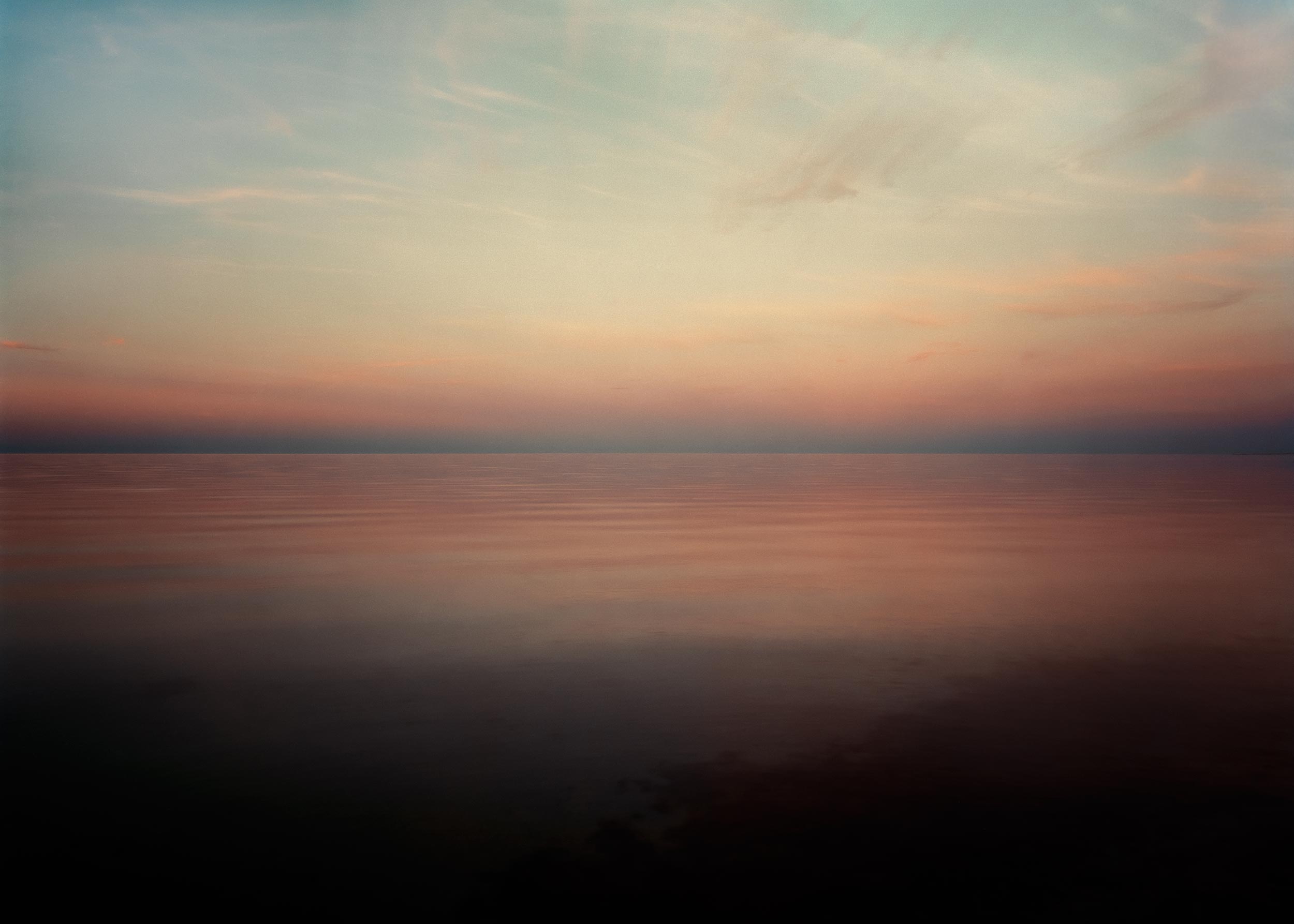 In 1945 the german Wehrmacht sank about 69.000 Tabun grenades in the south of the Little Belt additionally to 5.000 t bombes and grenades filled with phosgene and tabun. The britsh forces plunged an unknown amount of ammunition in this area in the 1940s after WW2. The 69.000 tabun grenades where lifted in 1959 and 1960 and later sunk again in the Bay of Biscay. Today there are still laying 5.000 t  phosgene and tabun grenades in the Little Belt side by side with the ammunition the british forces dumped.